The research conducted throughout the second sampling campaign in 2009/2010 confirms the results obtained in the previous campaign, which demonstrated the high content of polyphenols in the Extra Virgin Olive Oils from D.O. Montoro-Adamuz.

The influence of the olive harvesting time on the content of polyphenols was also studied, and the average profile of the chemical compounds belonging to this chemical family was studied on the basis of the harvesting time. The results show that the highest levels appear at the beginning of the campaign, in November and the first half of December.

This fact confirms what was already identified from the bibliography, that oils from the start of the campaign have the highest levels of phenolic content. From this we can deduce that the oils from the end of the campaign are less stable against oxidation than those from the beginning, because the complex forms constitute a reservoir of antioxidants which act in the long term. 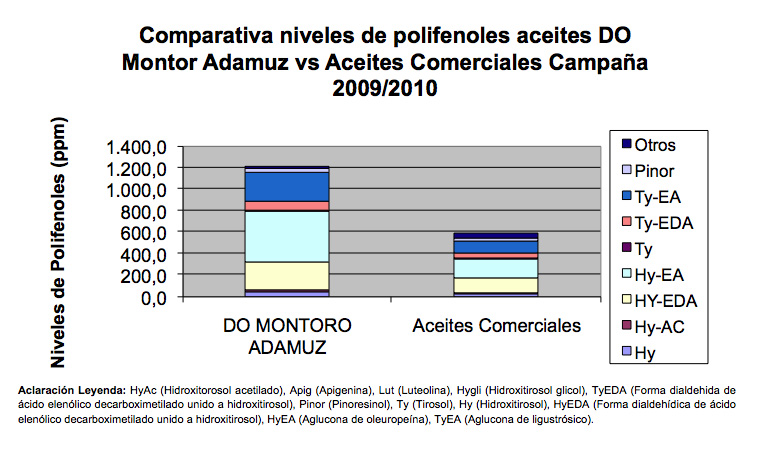 Studies of the PDO Montoro-Adamuz oils